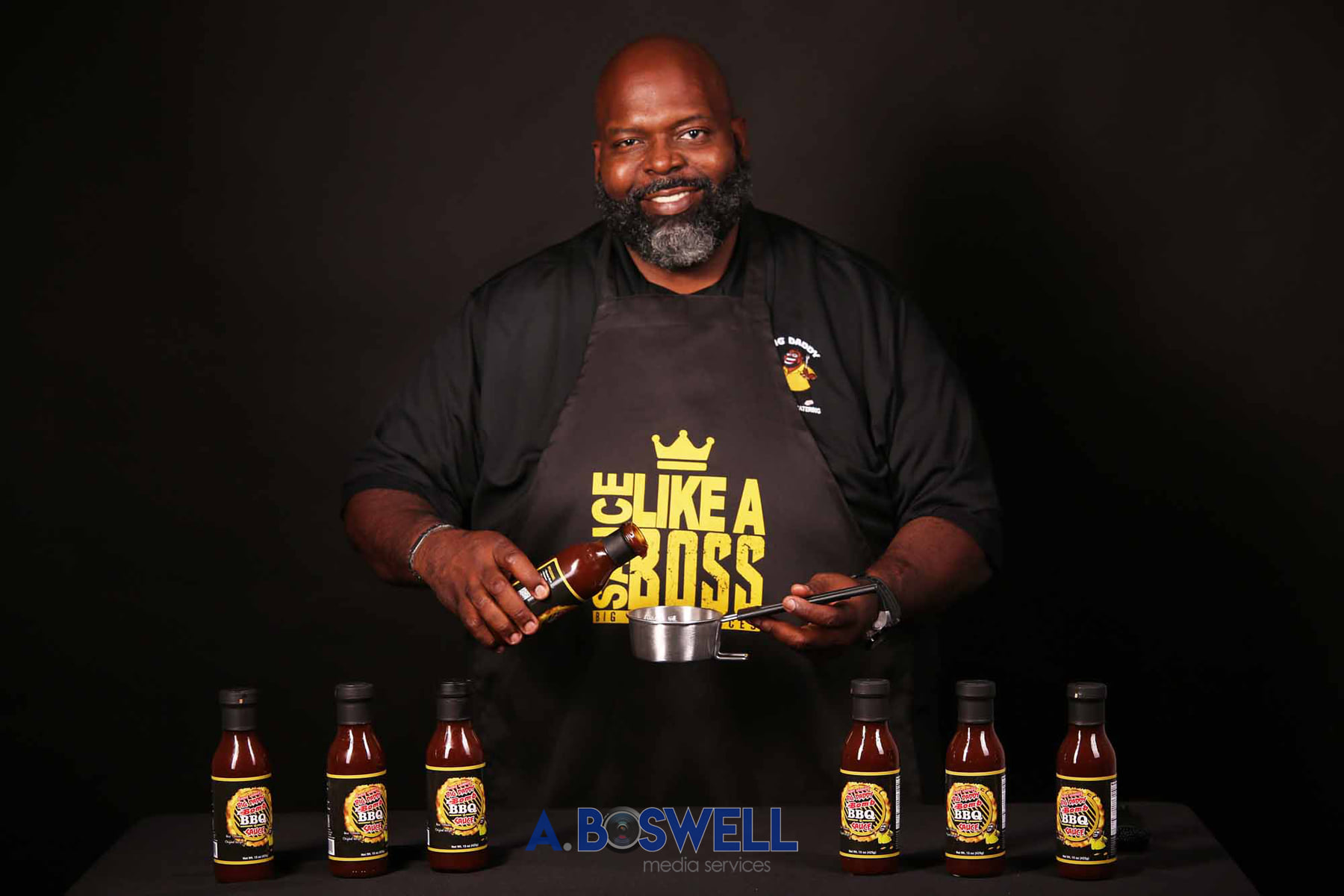 Dwayne “Big Daddy” Thompson is a native of New Orleans and survivor of Hurricane Katrina. After relocating to Alabaster, AL he began seeking a second income. He had a barbecue sauce recipe he’d been working with for years, and it wasn’t long after the storm before God revealed he had already supplied all “The Boss” needed to weather the storm; All he needed was the advice from a friend.

“I was catering a private event one night for a friend in Birmingham, and three people walked up to me and said, ‘Man, you should bottle this and sell it. I would buy it.’ I heard a voice say, ‘Do it,’ and six months later, it was done, tested, approved and packaged.”

Big Daddy Sauces LLC runs out of his home, but the tomato-based sauce is made in a commercial kitchen in Enterprise, Alabama. The sauce is sweet with a tang of heat and is available in Piggly Wiggly and several other stores in Alabama and Louisiana.

“It’s Good On Everything!”